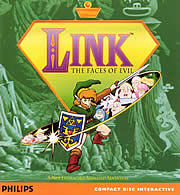 This game takes place in a Kingdom called Hyrule, in a time of chaos and destruction. The Prince of Darkness, known as Ganon, is moving out into the land and is bringing down anything that lies in his path. Ganon manages to steal the Triforce of Power and takes along the Princess of Hyrule, Zelda. Ganon is now after the Triforce of Wisdom, but before he kidnapped the princess, Zelda has already managed to divide the Triforce into 8 pieces and scatters them all over Hyrule in a desperate move to stop Ganon from gaining hold of it.

With all the chaos happening, Impa, Zelda’s loyal nursemaid, slips out and escapes. But she was found out and henchmen of Ganon were after her, and just when Impa was about to get caught, a boy appears in the scene and drives the henchmen away. This boy is Link, and as Impa explains to him the situation, Link promises to search the land for the 8 pieces of the Tri-force, recreate it and use its power to defeat Ganon.

And this is how the journey starts. A journey that will test the limits and skill and bring you to the far ends of the Kingdom of Hyrule in search of a power to bring and end to all the destruction and restore peace to the land.

There are actually two parts of the game and the second part is only available if you beat the game once. When you play the game the second time around, you take on a different adventure which is way harder than the first one. Enemies are now harder to bring down, items are harder to find, and dungeons are harder to beat.